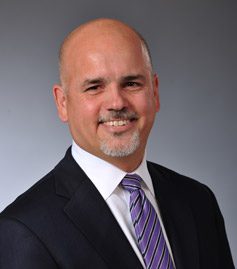 Confident.  Prepared.  Fearless.  Words used by both clients and opposing counsel to describe seasoned trial lawyer, John Zotter.  While many litigators dedicate their careers to pushing cases toward settlement, John is not afraid to tell a client that a case needs to be tried.  John Zotter has been trying jury trials for over 25 years and, with countless victories, his advice to try a case has proven to be sound advice.  At the same time, John’s known willingness to try and ability to win jury trials has resulted in favorable settlements prior to trial.

John Zotter is a Member of the Academy of Trial Lawyers of Allegheny County, a select invitation-only organization that promotes the highest standards of integrity, civility, and competence in the legal profession, and is limited to 250 lawyers who are actively engaged in a civil trial practice.

A Pittsburgh native, John Zotter resides in the Pittsburgh suburb of Upper St. Clair with his two sons, daughter, and wife, Amy, a pediatrician in private practice. John’s charitable efforts include co-founding the Autism Speaks Golf Classic in Pittsburgh.