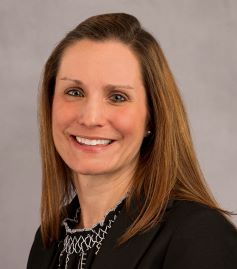 “Throughout my career, I strived to create strong, lasting client relationships by understanding my client’s goals, keeping an open line of communication with my client and working to achieve my client’s goals through the litigation process.”

Since joining the firm in 2005, Kerri has represented individual clients, businesses, non-profit organizations and insurance carriers on general commercial and tort litigation matters, motor vehicle and transportation claims, premises liability claims, contractual disputes, toxic torts, and other general liability litigation.  She has secured favorable decisions and verdicts for her clients at all levels of litigation, including at the preliminary objection and summary judgment stages, mediation, arbitration, and at trial.  Kerri is admitted to practice law in both Pennsylvania and West Virginia and has successfully litigated cases in multiple state and federal district courts in each state.   Ms. Shimborske-Abel has also handled cases in the Superior Court of Pennsylvania, where after argument the Court affirmed the lower court’s grant of judgment of non pros in favor of her client.

Kerri is a Westmoreland County resident and works primarily out of the firm’s Greensburg office.  She was elected to the Westmoreland Academy of Trial Lawyers.  Ms