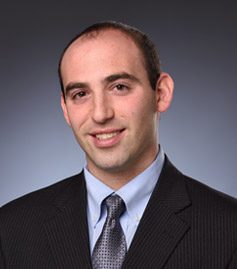 “I prioritize each and every client I have the pleasure of representing. I respond quickly to emails, answer my phone, and am available to assist with all questions and concerns they have.”

Aaron has quickly gained a wealth of experience handling cases from start to finish, including more than 5 jury trials and more than 3 appellate oral arguments. While he strives to reach an early and positive resolution of each matter, he is ready and able to personally see every matter through to the finish line. During the course of his representation, he strives to provide experience and knowledge so clients have comfort with whatever situation they are in.

Aaron joined Zimmer Kunz as a law clerk in May of 2014 and has continued working there ever since. He has handled a vast array of matters including litigation, alternative dispute resolution, and advising clients / businesses. He has represented clients as both Plaintiffs and Defendants.

Aaron was the founder of Zimmer Kunz’s brewery and alcohol practice and also assists many alcohol manufacturers with federal and state liquor licensing, zoning issues, tax reassessments, preparation of contracts / handbooks / policies / procedures, and any other issues that may arise.

Prior to joining Zimmer Kunz, Aaron gained valuable experience as an intern at the United States Department of Justice, Prince George’s County Office of the Public Defender, and District of Columbia Office of the Attorney General.

Outside of work, Aaron is an avid homebrewer and enjoys ultimate frisbee, boating, and traveling with his family.