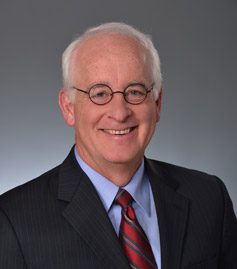 Representation of institutional clients including non-profits, for-profit companies, and licensed professionals in errors and omissions, malpractice, premises liability suits, and in regard to claims of neglect or abuse.

Mr. Stewart is active with a number of philanthropic groups and non-profit organizations including past term service on the Board of Directors for the YMCA of Greensburg and as chair of Strong Kids Campaign for two years. Additionally, Mr. Stewart participated in the 2014 construction campaign for Westmoreland Museum of American Art and served on the Board of Trustees of the Clan Donald Educational and Charitable Trust.

Consistent with and in furtherance of his Scottish heritage, Mr. Stewart is a past member of the Seton Hill University Bagpipe Band, competing for many years at highland games competitions throughout the east coast. The band performed at the 250th year commemoration/dedication for the Battle of Bushy Run in 2013, and with Gaelic Storm (the below-deck band in the movie “Titanic”) at the Palace Theatre in 2014, and for the Wounded Warriors parade in Westmoreland County.

Mr. Stewart enjoys tennis and squash and served as high school tennis coach for Greensburg Salem School District. He won the Pittsburgh Open Squash tournament 50 plus age singles bracket in 2012, was a tournament finalist in 2014, 2015 and most recently open age division runner up in 2018.  With regard to Squash Doubles, he and his partner in February, 2022 successfully defended their 2021 PGC Open Age Squash Doubles Championship.  He also partnered to win the senior’s Squash doubles championship team in Pittsburgh in 2018, 2019, 2021 and 2022, as well as the Grumm Squash Doubles Title in 2019 and Grumm finalist in 2022.  After competing in the US Squash Masters in Philadelphia in March, 2018, Mr. Stewart participated in the 60 plus World Masters Squash Championships in August, 2018 winning a Consolation Plate Division. He was on the winning open age tennis men’s and mixed doubles championship teams for 2017, 2018 and, most recently, September 2020 men’s doubles tournaments held at the Pittsburgh Golf Club.  He was a member of the Greensburg 55-Plus USTA Mixed Doubles Team which won the USTA section championship in Lancaster, PA in both 2018 and 2019 and which was scheduled to compete in the national team event in Vancouver, Washington in April 2020, which unfortunately was cancelled due to the covid pandemic. He is also a member of Mt. Lebanon’s 55-Plus Men’s USTA Team which won its Lancaster section event in September 2019 and which competed in nationals in Arizona in November 2019.  Lastly, Mr. Stewart was recognized by Central Blood Bank for his 100th platelet donation in 2019.

In 2021, Mr. Stewart was once again recognized as a Pennsylvania Super Lawyer by the peer review publication in the area of civil litigation defense practice area, this is Mr. Stewart’s 13th consecutive year receiving this recognition.  He was also a Fellow of the Litigation Counsel of American invitation–only trial lawyer honorary society representing one-half of one percent of American lawyers.  Mr. Stewart has also been recognized by Best Lawyers in America in the practice areas of Personal Injury Litigation – Defendants and Product Liability Litigation – Defendants.

A frequent presenter to various insurance and defense groups over the past 3 decades, including Pennsylvania Association of Mutual Insurance Companies (PAMIC).