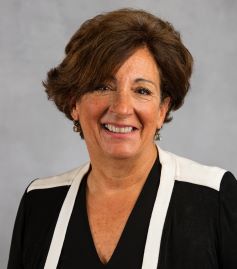 Joni Mangino is a Shareholder at Zimmer Kunz, PLLC and is one of the original members of the law firm since its formation in 1988. .

She has been a   practicing attorney for over 30 years and is an experienced trial attorney, concentrating in matters ranging from toxic and environment torts,  institutional liability, civil rights, malpractice liability and employment litigation matters, with an emphasis on product liability and employment discrimination. She has defended various religious organizations and non-profits in claims and suits alleging discrimination and physical, mental, and sexual misconduct.  Joni also represents various licensed professional in disciplinary and civil court proceedings.

Throughout her career, she has defended employers, contractors, manufacturers, and suppliers of various types of products in numerous jurisdictions throughout the country. .  Ms. Mangino litigates cases for various clients and engages in creative solutions to litigation disputes.

She is licensed to practice in four states, Pennsylvania, Ohio, West Virginia, and New York and has appeared in each of these jurisdictions .

Joni Mangino graduated from Duquesne University School of Law where she was a member of Law Review. She is also a graduate of Westminster College and was a member of the honorary Mortar Board. Following college graduation, she was employed by Chubb & Son Insurance Company as a litigation specialist for five years, handling all types of complex claims including but not limited to medical, dental, and psychological malpractice, toxic torts,  and products liability.  Joni’s experience covers all aspects of litigation from pre-suit investigation to trial of cases in both federal and state courts. .

She has served as part of the management of Zimmer Kunz for over 15 years and is acting President of the Board of Directors. Ms. Mangino is a member of the Academy of Trial Laws of Allegheny County and    has also been involved in various non-profit organization over the years. She currently serves on the Governance and Nominating Committee of Catholic Charities and has been a Board Member of Catholic Charities for several years.

Outside of the work, she is the proud mother of three adult children.