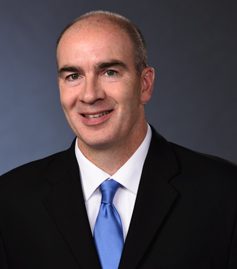 “I appreciate all you did for us. You went above and beyond…. We trusted you and you took care of us.” Note of thanks from satisfied client

Daniel Cuddy concentrates his practice in the areas of civil and criminal defense. Whether representing a large company, small business owner, or an individual in a civil lawsuit or charged with a crime, Dan prides himself on earning the trust of his clients by being accessible, straightforward and determined to obtain the best result possible.

Since joining the firm in 2016, Dan has represented multiple companies, organizations and small business owners in cases including asbestos and toxic exposure suits, personal and/or sexual misconduct cases, and a variety of general injury cases. He has represented such clients in courts in both state and federal court.

Prior to joining Zimmer Kunz in 2016, Mr. Cuddy was in private practice representing individuals in criminal and civil matters. He also previously worked at a large local civil defense firm defending toxic exposure suits with a team serving as national counsel for several railroad companies in state and federal courts in Pennsylvania and Ohio.

Early in his career, Mr. Cuddy served for 12 years in the Allegheny County District Attorney’s Office where he handled all types of felonies and misdemeanors, including homicide and vehicular homicide cases. He also spent six years in the Child Abuse Unit, handling all varieties of crimes against children. During his time in the D.A.’s office he tried countless bench trials and over 70 jury trials to verdict, all as lead attorney. He finished his time as a Deputy District Attorney assisting in supervision of the General Trial, Accelerated Rehabilitation Disposition and Statutory Appeals Units.