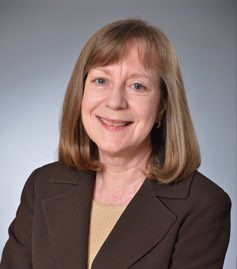 Loyalty may be a rare commodity now, but I have been blessed to have worked for Zimmer Kunz for more than thirty years and with the support of my colleagues here I have maintained business relationships with many of the same clients over those years. – Dara DeCourcy

As Practice Group leader for the firm’s Appellate Practice/Insurance Coverage department, Dara DeCourcy focused on insuring that clients’ interests were well represented through the final stages of litigation.  She has practiced before Pennsylvania’s appellate courts for more than forty years, appearing before those courts in hundreds of cases, and she has appeared before the Court of Appeals for the Third Circuit, the West Virginia Supreme Court of Appeals and the Court of Appeals for the Fourth Circuit.  In handling clients’ concerns in insurance coverage, she has represented insurers and insureds in auto, personal injury, commercial general liability, professional liability, construction, D&O and environmental coverage disputes, advising concerning parties’ rights and liabilities under insurance contracts and if litigation ensues, representing her clients at every stage of that litigation.

She draws upon the large network she has developed among appellate practitioners by working with them or against them, and by serving in leadership roles on appellate practice committees.  She knows the inclinations and particular concerns of the many appellate court judges she has appeared before on multiple occasions, better information than may be acquired through research alone.

Dara attended night school in Pittsburgh, Pa, while working full-time for a Fortune 500 company in its marketing department as a technical writer and speechwriter, then continued to work full time by juggling part-time positions in the local District Attorney’s office and a civil litigation firm while completing law school. Before joining Zimmer Kunz in 1989, Dara worked in the Allegheny County, Pennsylvania District Attorney’s office for ten years, in the Appellate Division.  While there, she also served as the DA’s representative on the board of the nonprofit organization the Center for Victims, eventually serving as Board Vice President for years.

During her years with the DA’s office, in addition to handling hundreds of cases on appeal, she advised trial counsel on issues they confronted, always ensuring that a comprehensive record was prepared for an eventual successful appeal.  That is a role she has played during her years with Zimmer Kunz as associate and shareholder, and she continues to do so in her current capacity as Of Counsel.

1979-1989, Office of the District Attorney of Allegheny County